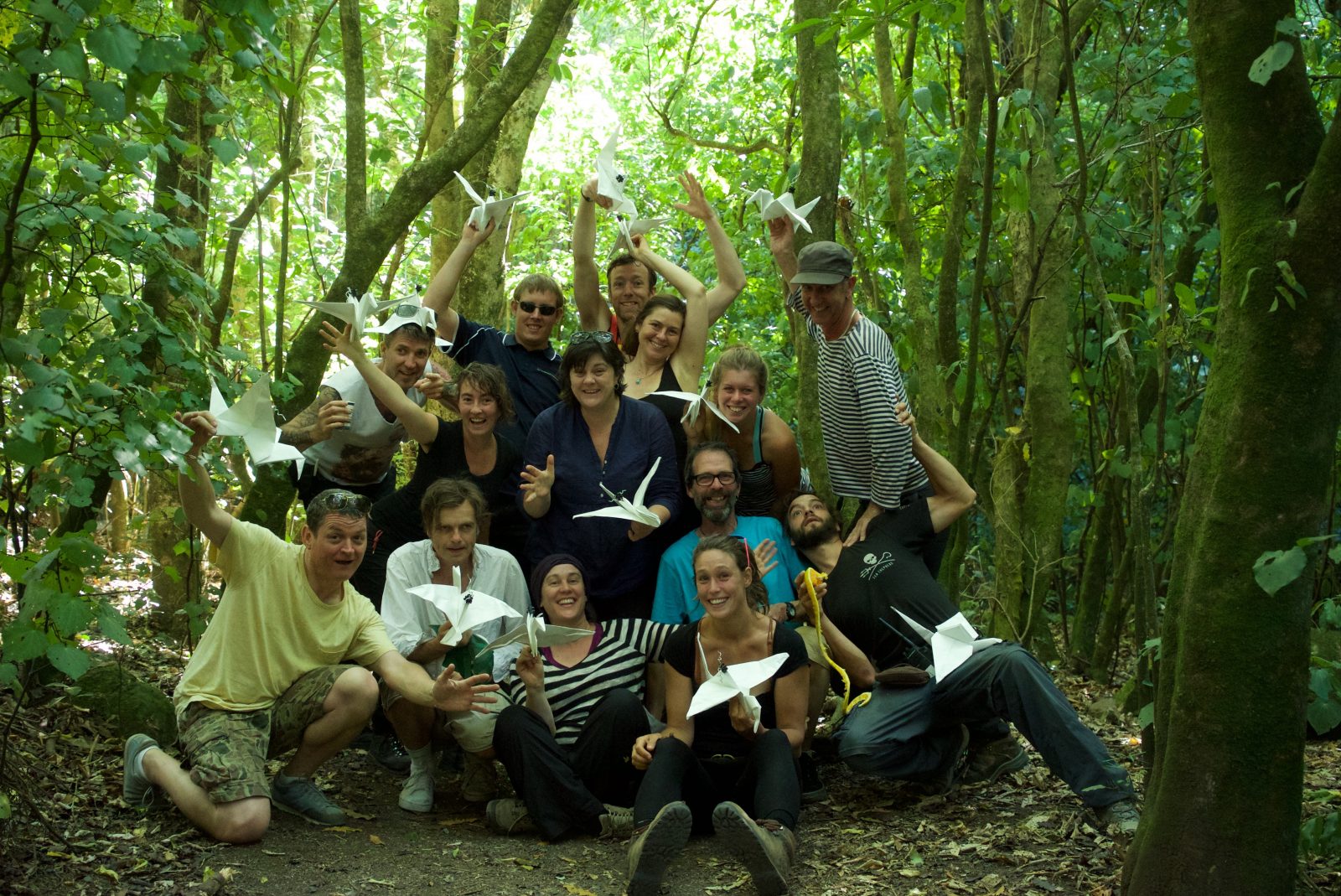 An immersive night-time journey into a wild avian landscape

The participating artists involved with For the Birds work as autonomous practitioners, bringing their work and skills together to stage this show. The initial concept was developed and is now produced by artist Jony Easterby. The artists are supported by a regular team of technicians supplemented by local crew on each event. Core artists are as follows;

Mark Anderson uses light, sound, electronics, kinetics, fire and pyrotechnics to make compelling site specific temporary installations and performances, often spectacular, at other times subtle and intimate, and, on occasion, all these things at the same time.

Drawing inspiration from the meeting point between the natural, the industrial and the technological, his work utilises light and sound to explore and create, often with a childlike playfulness, a fusion of these worlds. The resulting installations and performances are moving investigations into phenomena and perception that touch, surprise and sometimes amuse audiences both young and old.

He often works in collaboration with other artists and groups, and was a founder member of the long running but now disbanded collective Blissbody. More recently he has established, with his partner, arts company Dark Spark.

The work Jony Easterby is characterised by the diversity of artistic practice used and the range of technologies employed.  Each project can be radically different but there are key ideas and interests informing the approach. There is empathy for the natural world and a sense of its place within culture and social context.

He works as a producer , curator and creator of art works.

Using both digital and analogue media Easterby investigates the boundaries between raw elemental materials, sound technology, composition, landscape and architecture.
A breadth of expertise in a wide range of artistic skills has found him developing projects as varied as the construction of intricate sound sculptures, audio visual installations , architectural constructions and the artistic direction of large-scale performance projects.

Permanent sound and sculpture installations can be found under the White Cliffs of Dover, Cheltenham, Maesteg, Grizedale Forest, The Wolds Way and Ashbourne Derbyshire. He has worked as a composer and sound designer for Red Earth, NVA, and the National Theatre of Wales.

His work has been exhibited and performed in Europe, Australia, New Zealand and Hong Kong.

Kathy Hinde’s work grows from a partnership between nature and technology expressed through audio-visual installations and performances that combine sound, sculpture, image and light. Drawing on inspiration from behaviours and phenomena found in the natural world, she creates work that is generative; that evolves; that can be different each time it is experienced.

Kathy frequently works in collaboration with other practitioners and scientists and often actively involves the audience in the creative process. She has created light and sound installations in public spaces, including town high streets and nature reserves.

She has shown work across Europe, Scandinavia, China, Pakistan, USA, Colombia, Brazil and New Zealand. She is a Cryptic associate, since 2015. Kathy received an Honorary Mention at Prix Ars Electronica 2015 for Tipping Point and Piano Migrations was runner up for the Sonic Arts Award 2014 and listed for the Aesthetica Art Prize 2014. In 2017, Kathy was presented with an Oram Award.

Often architectural in scale Ulf’s work transforms the act of looking into a physical experience. Visitors to venues that he works with find themselves immersed in a sensational play of light and colour, as almost through a kind of light-based alchemy the space metamorphoses into something unique and magical. In addition to working closely with the raw materials of the site, Ulf use light and colour as his essential tools, often combining these natural or artificial elements with the new architectural forms he has designed. His practice exploits both hi and lo-fi technologies and aims to highlight the poetic potential of place.

Pippa Taylor is an artist based in mid Wales. She works as a sculptor and painter specialising in wood carving and applied decorative painting. She has undertaken many private and public art commssions.

Esther Tew is an outdoor artist based in west-mid Wales, working in stunning landscapes and waterscapes through the day and night. Working with installation, sculpture, performance, play, sound, light and the heavily weathered great outdoors.

Matthew Olden is a computer artist who makes interesting things by programming his computer. He makes a wide range of computer programs that make music, do visuals and manipulate data. Matthew programmes much of the software involved in controlling the behaviours of the For The Birds installations. He mainly uses MaxMSP, Pure Data, Arduino and Raspberry Pi.